How a millionaire left the FSB

The defendant in the "Zakharchenko case" wanted to be taken out of the Russian Federation through a ... 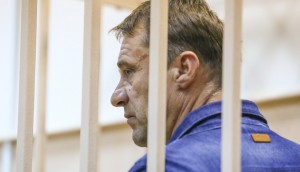 Valery Markelov, the former co-owner of the 1520 Group of Companies (the largest contractor of Russian Railways), is finishing reviewing the case materials. He is accused of giving bribes to the ex-employee of the GUEBiPK of the Ministry of Internal Affairs of the Russian Federation, Dmitry Zakharchenko. GC "1520" on a massive scale kidnapped and withdrawn funds abroad. According to the Rucriminal.info source, Zakharchenko covered these thefts through law enforcement. Markelov withdrew hundreds of millions of dollars, he has real estate in Spain, Cyprus, Switzerland, England, etc. There are also several luxury yachts. The money received, plus the proceeds from the sale of a stake in the 1520 Group of Companies to the Rotenbergs (this happened when Markelov was in jail), is more than enough to pay for the performance of Artem Markelov's son in the Formula-2 racing series, to spend millions of dollars on solving his problems with law enforcement. Markelov, for example, is now sure that thanks to these expenses he will receive as much as he served and will be released almost immediately. He also curses two of his mistakes. In 2018, Valery Markelov found out that the FSB was working on him and decided to settle outside the Russian Federation. From there, he solved his problems in the usual way - with money. As a result, Markelov was "reported" that everything was fine, the problem was solved. It was not someone who reported it, but his old acquaintance, a former FSB officer. And he decided that he could safely come to the Russian Federation, especially since there was a good reason for this - his son Artem performed at the Formula 2 stage in Sochi. All this was an operational combination, the purpose of which was to lure Markelov into Russia. But even with all this, Markelov almost left. When everything was ready for detention, and Markelov was sitting with a suitcase in the lobby of one of the hotels, he received a message on the messenger. Later it turned out that the well-wisher (was not identified) warned him about the planned detention. As a result, the suitcase remained, but Markelov went to the toilet and never returned to the hall. Escaped. He rented a room in another hotel using someone else's name, from which he did not leave. At the same time, Markelov managed to agree that he would be taken to Turkey by sea, the way smugglers use. There were days before day X when Markelov made an unforgivable mistake. He urgently needed a document stored on a disk, which could be accessed remotely. Moreover, Markelov entered the disk through the hotel WI-FI. This manipulation of his was tracked down, as well as the hotel in which he is hiding. Markelov was detained there. Rucriminal.info traced Markelov's path to billions of Russian Railways.

Andrei Krapivin officially held the position of adviser to the president (that is, the head of Russian Railways Vladimir Yakunin) on banking issues and relations with the CIS countries at Russian Railways. And those around him knew him as "Yakunin's wallet." Through Krapivin, many issues related to large construction contracts for Russian Railways were resolved. Krapivin and Yakunin have known each other since the 90s, when Krapivin ran the small Mezhtransbank, through which the son of the future patriarch of the railways privatized the Pribaltiyskaya Hotel in St. Petersburg at a bargain price, earning $ 100 million on it.

In 2005, they already together took possession of Transelectromontazh OJSC (TEM, a subsidiary of Russian Railways), which provides electrification of the entire railway and was previously controlled by the entourage of the former head of the state monopoly Gennady Fadeev. Krapivin and his long-time security friends Boris Usherovich and Valery Markelov somehow managed to get the previous owners to transfer the company to their offshore companies and became co-owners of TEM along with Russian Railways, receiving considerable profits from contracts. Later, this trio and with them Yakunin Jr., in a short time, took control of all the remaining key subsidiaries of Russian Railways, through which hundreds of billions of rubles of contracts passed (this is the carriage building Transmashholding, the grain carrier Rusagrotrans, the international freight carrier Freigh One, the design bureau Lengiprotrans ", private security company" Legion "," Infotech "and others). Son Alexei Krapivin was also attached to the case, becoming an imprisoned general, apparently to seize compensation from contractor companies not directly controlled by this group.

According to Rucriminal.info, in total, under the control of this friendly team, there were about 200 companies that received funds from Russian Railways. We are talking about billions of dollars, most of which was deposited in the shadow "box office". Some of the money was laundered and cashed in Russia. And some went to the accounts of offshore companies in Switzerland. From 2007 to 2013 alone, $ 2.5 billion was withdrawn from Russia, received under contracts with Russian Railways. On April 20, 2015, Andrei Krapivin died, and Markelov became his successor in the rank of Yakunin's "wallet". It is clear that such a deceptive laundering mechanism could not work without reliable cover in the power unit. Dmitry Zakharchenko was one of the covers. Moreover, he coped with his tasks so successfully that he soon became a junior partner who received a share of shadow income. The share turned out to be so large that Zakharchenko literally “bathed” in money. He urgently "discharged" his father Viktor Dmitrievich from Rostov-on-Don, for whom he began to register one after another expensive apartments (the total cost will pull under 1 billion rubles). And then the former teacher Viktor Dmitrievich Zakharchenko still had to become a person who was granted the right to manage accounts of offshore companies in Swiss banks. (Rucriminal.info publishes a scan of Zakharchenko Sr.'s passport, which was attached to the documents for the right to manage accounts). These accounts received hundreds of millions of euros. True, it is not clear whether it was Dmitry Zakharchenko's share or part of the money stolen from Russian Railways, which was then supposed to be distributed among partners.