"His work was supervised by law enforcement and military authorities" 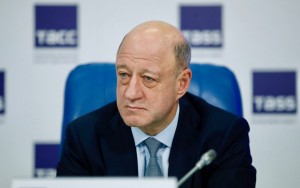 The Investigation Department of the Ministry of Internal Affairs of the Russian Federation intends to bring new charges in the near future within the framework of a criminal case on one of the largest money laundering channels - Laundromat (Moldovan scheme). A short pause in this process was necessary in order to "consolidate" the already collected materials through the courts, to pass sentences to the "extrajudicial officers" - Elena Platon, Oleg Kuzmin, Alexander Grigoriev. Now investigators and operatives are checking the prejudicial testimony of other participants in the Laundromat, collecting additional information, after which the time will come for new "landings". Sources said that the charges will be brought against the former chairman of the Tempbank bankrupt three years ago, Mikhail Gagloyev. According to investigators, Tembank was actively used in the Laundromat, in particular for transactions to buy currency. However, since March 2020, Gagloyev has already been on the international wanted list for embezzling funds from Tempbank. According to the telegram channel VChK-OGPU Of course, it is not so much Gagloev as his chief senator, Alexander Babakov, who is more interesting. However, he is still an unattainable figure before the investigation. Although there is enough evidence for him in the case. For example, what the shadow banker Pyotr Chuvilin said: “Alexander Babakov, the actual owner of TempBank, was a deputy of the State Duma from the Fair Russia party, was a close partner of the 1520 group of companies (Boris Efimovich Usherovich, Valery Aleksandrovich Markelov, and Krapivin Andrey Viktorovich). Babakov, through this bank, participated in the “Moldovan scheme”, probably helped to withdraw funds received from the contracts of the Russian Railways ”. 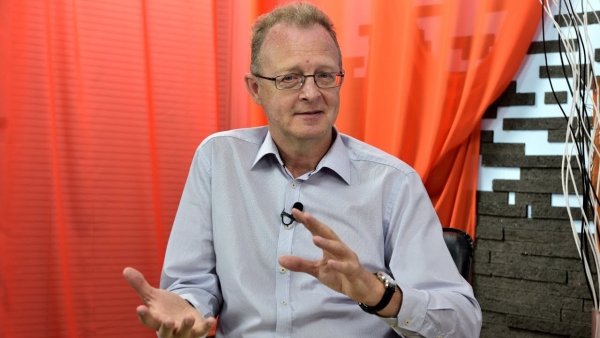 But what about Gagloyev during interrogation was told by one of the co-founders of the Laundromat, the owner of the European Express bank, Oleg Kuzmin, who was recently sentenced to nine years in prison. It turned out that Gagloev and TempBank "worked closely with the Central Banks of Irina and Syria, and this activity was supervised by" law enforcement and military agencies. "

“I met Mikhail Gagloyev in 2012 in the Tembank Bank building not far from the Proletarskaya metro station in Moscow. The purpose of my acquaintance with Gagloyev was that his Bank worked with the central banks of the countries of Syria and Iran. Due to the fact that I had certain interests in working in one of these countries, I came to M. Gagloyev at the Bank to discuss with him some issues of interaction that had nothing to do with the “Moldovan scheme”. After two or three meetings with M. Gagloyev, my further contact on points of interest to me was carried out with his deputy chairman of the board Irina, I do not remember her last name. In the course of my further communication with her, Irina told me that she and M. Gagloyev through their Bank work, including with Moldovan banks, as I later learned from the “Moldovan scheme”. I assume that Irina, together with M. Gagloyev, managed all foreign exchange operations with BC Moldindconbank S.A. »Through their Bank. I do not know the details of Tembank's participation in the implementation of the scheme for withdrawing funds from the Russian Federation; I also don’t know who opened current accounts for clients to whose accounts the funds were credited on far-fetched grounds.

M. Gagloyev positioned his Bank as an authorized Bank to work with the above countries and argued that this work is supervised by law enforcement agencies and military authorities. M. Gagloyev did not mention any specific names and surnames of the persons in charge of this direction ”.