The “Bridge across the Lena” project will be mastered by the VIS Group, Derevyanko and Nazarov The government of Yakutia and the Rostec consortium and the VIS group signed a concession agreement on the construction of a bridge across the Lena. Earlier, RT - Business Development, a subsidiary of Rostec State Corporation, and VIS Group signed documents on the creation of a joint venture. The National Infrastructure Company Consortium was created to implement a project to build and operate a bridge across the Lena River in the Republic of Sakha (Yakutia) and other infrastructure projects. The document was signed by the General Director of RT - Business Development Alexander Nazarov and member of the Board of Directors of the VIS Group Sergey Romashov. Sources say that such a “love” between state Rostec and private VIS did not arise by chance. According to sources of rucriminal.info, this love began when a former FSB officer came to VIS, and then the head of the FSKN Viktor Ivanov and the former deputy head of the GUSB, and then the head of the Main Directorate of the Ministry of Internal Affairs for the Central Federal District Sergey Dervyanko. The first is in excellent relations with Chemezov. And Derevyanko has long been friends with Alexander Nazarov, who was previously a high-ranking employee of the DEB and the GUEBiPK of the Ministry of Internal Affairs of the Russian Federation. Nazarov once appeared in the materials regarding the ex-head of the GUEBiPK Denis Sugrobov. Our sources say that in such a situation, the success of state projects, such as the bridge across the Lena, and the finances allocated to them, are in great doubt. Especially considering the fact that now the FSB and the Prosecutor General’s Office are actively engaged in a “student” and ex-subordinate Derevyanko billionaire Sergei Terentyev. At the same time, Derevyanko himself also became a billionaire during his service and is present in the testimony of witnesses in the case of the ex-employee of the GUEBiPK Dmitry Zakharchenko. In particular, witnesses say that he received 300 thousand dollars a month from co-owners of GK 1520, which received tens of billions from Russian Railways. A significant part of this money was then withdrawn abroad. 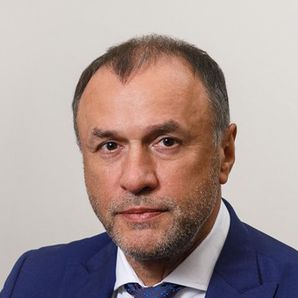 Rucriminal.info continues to publish online help, which at one time one of the special services drew up on Derevyanko:

“Derevyanko’s relatives live in various countries of Europe, including one of Derevyanko’s sisters who lives in private apartments in Bulgaria (she’s not working anywhere), other relatives own expensive houses on the coasts of Europe, including on the French Riviera. About the elite fleet of Derevyanko and his relatives: he gave his daughter Catherine a Maybach Mercedes car worth 11 million rubles, other members of his family who do not work anywhere have two more Maybach Mercedes cars, five premium Mercedes cars, two cars Hammer, a rare Corvette car, a Bentley car (Rimma’s wife), a Rolls-Royce car. All the main assets of Derevianko movable and immovable foreign and Russian are recorded on his ex-wife Derevianko Natalya Yulianovna, his daughter Derevianko Ekaterina Sergeevna, his current wife Rimma and their daughter Anna, as well as companies from other close relatives. His links on corruption components are:

Kulov Sergey Aleksandrovich - General Director of Russian Railways-Health. Trustee Derevyanko. He is aware of the registration of Dervyanko real estate for frontmen and affiliates; Dzhambulatov Zaurbek Islamovich - Deputy General Director of "Gazpromenergoholding", a former employee of the GUEBiPK Ministry of Internal Affairs of Russia; Igor Adolfovich Snegurov - Chairman of the Board of Directors of the VIS Group,

Valery Markelov, Boris Usherovich - heads of 1520 Group of Companies LLC (Russian Railways). In 1520, where Derevyanko performed the functions of a “roof” during his work as head of the Main Directorate of the Ministry of Internal Affairs for the Central Federal District.

Derevyanko may be given evidence of corruption by Dmitry Petrovich Mazurov, currently in custody, a former owner of Antipinsky NP3, chairman of the board of directors of the New Stream group. He can give explanations about the role of S. Derevianko. "to" resolve "issues in a conflict that took place with his wife in a nightclub in 2008."